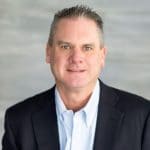 Prior to Cannaspire, Jim had over 25 years of business leadership experience in both tech and cybersecurity industries.  He built and sold a cyber security solutions provider, led sales teams to success and worked for several security manufacturers. 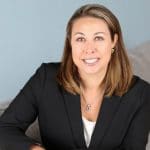 For over 30 years, Mike has provided strategic direction and leadership in a range of capacities within the Global Financial Services sector including strategic planning, business growth, financial and risk management, talent development and change management. 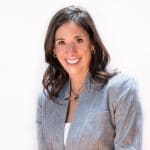 Ellen has many years of experience in the telecommunication industry. Her experience includes sale leadership positions at AT&T, Century Link and Optimum LightPath. She partners with clients through a strategic and consultative sales approach, offering value added business solutions that meet the needs of her clients. 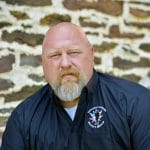 Theodore Daniels attended and graduated from the prestigious Valley Forge Military Academy in Pennsylvania. He then attended West Virginia University on a full athletic scholarship where he was a starting guard for the Nationally Ranked WVU Mountaineer Football Team.

After College, Ted had a distinguished 15 year career as a police officer. He worked in every aspect of Law Enforcement but was instrumental as a state and nationally recognized Defensive Tactics Instructor. Ted Earned law Enforcement Officer of the Year accolades in 2002.

Mr. Daniels served as a Team Leader and was wounded during a firefight with the Taliban in Afghanistan in 2012. Ted is a highly decorated Combat veteran and his commendations include the Purple Heart and Combat Infantry Badge.

While recovering from his injuries at Ft. Carson Colorado, Ted saw a need for a highly trained and capable force in dealing with the legal marijuana industry. Ted founded Blue Line Protection Group and was the first in the industry to specialize and cater specifically to the legal cannabis market. Ted was trailblazing in his services and took his company public in just over 8 months.

Ted was featured in a 10 page piece in Playboy magazine, HBO VICE, CBS this morning, MSNBC, Fox National, ABC World News, Wall Street Journal and in Rolling Stone magazine. In 2014 NBC news credited Ted with “riding in to save the industry in Colorado” due to the banking crisis.

Ted was immediately in demand as the leading Industry security expert. He also chaired the Security Committee for the Colorado Marijuana Industry Group. Ted sold his interest in his company in late 2014.

After consulting and advising in the Industry, Mr. Daniels founded National Cannabis Security Services to provide highly trained guards, transport personnel and security plans for the industry. Ted transported cash in multiple states for cannabis clients. He has worked with clients completing security plans in California, Colorado, Pennsylvania, New Jersey, Illinois, Ohio, Michigan, Florida, Connecticut and Maine. He is one of the most sought after and successful security plan writers and Industry speakers.

Ted was a member of the LA Cannabis Task Force Expert Advisory Board, The Los Angeles chapter of CLAB and works with government entities across the country on standardized regulations.