How To Open A Dispensary In Arizona 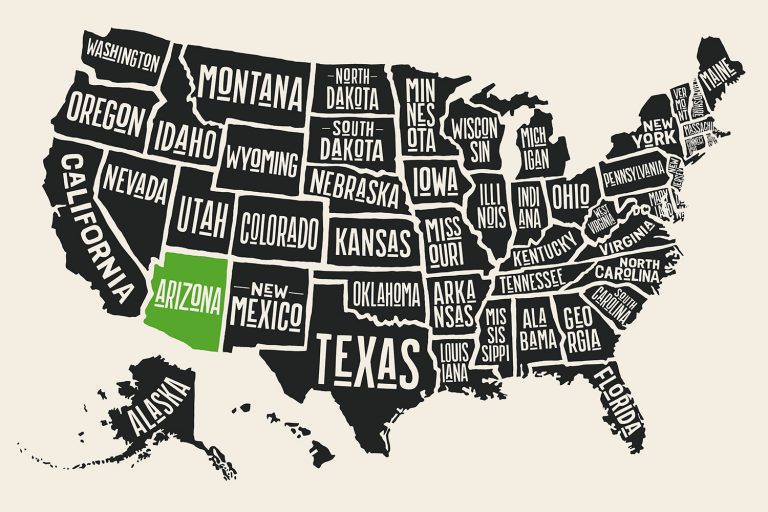 Are you looking to open a dispensary in Arizona? This page is dedicated to getting you up-to-date information relevant to opening up a marijuana business in Arizona.

The act allows anyone who is over 21 years of age to legally have an ounce of marijuana. A 16% tax levied on its sale will fund health programs, highways, roads, community colleges, and public safety.

On April 8, 2022, a random drawing was performed by the Arizona Department of Health Services in order to give out retail licenses to operate marijuana dispensaries in the state of Arizona. There were over 1,300 people who submitted their applications in the hopes of receiving one of the 26 marijuana licenses. People who have been disproportionately impacted by marijuana legislation were given the 26 licenses. The recipients will have a time frame of 18 months to launch their dispensaries.

Six new cannabis dispensaries will be allowed to open in the state of Arizona. The ADHS Licensing Management System Facility Licensing Portal will be open for application submissions from December 16th, 2022, through December 30th, 2022. Everyone who will be holding a position of authority within the organization, including the applicant, must be in possession of a current marijuana facility agent license.

With 7.2 million residents and being the 14th most populous state, Arizona is anticipated to be one of the country’s largest cannabis opportunities. Currently, with projections between $770 million to $910 million for 2020, recreational cannabis market will continue to grow. Smart and Safe Arizona projects $300 million in tax revenue from recreational legalizing Prop 207.

Information about restrictions for local towns/cities or counties

It is important to understand that Arizona’s localities have control as to whether they will allow dispensaries and fully accept recreational legalization measures. For example, in October, the Arizona towns of Sahuarita, Payson, and Gilbert banned aspects of marijuana legalization prior to the November 3rd elections.

In Payson, their ordinance, which passed on October 22nd, 2020, allowed its current medical marijuana establishments to sell recreational; however, new recreational businesses will need to go through a special review process.

In the small town of Sahuarita, recreational-only dispensaries are banned and further restrict “use, sale, cultivation, manufacture, production or distribution of marijuana or marijuana products” on property controlled by the town.

Gilbert has the strictest local rules, including an outright ban on recreational cannabis dispensaries and cannabis testing facilities. Their ordinance also placed restrictions on property owned or operated by the town, distribution, storage, sale, and use of recreational marijuana. To get some insight into why Gilbert has a large population of Mormons that tend to be against any drug they deem non-medical.

Arizona’s path to full Marijuana legalization started with the passing of Proposition 203 on November 2nd, 2010. On March 28th, 2011 Arizona’s Department of Health Services finalized its regulations regarding dispensaries and ID cards. In June of that year, DHS was preparing to accept dispensary applications; however, Governor Jan Brewer led a federal lawsuit looking for a declaratory judgment on whether Arizona’s new medical marijuana program conflicted with federal law. This lawsuit was rejected in 2012. At this time, Arizona opened its first 99 dispensaries. Proposition 203 initially allowed for no more than 124 dispensaries in the state.

Four years later, in 2016, Arizona’s Department of Health Services granted an additional 31 licenses out of 750 applications bringing the number to 130 medical marijuana dispensaries in Arizona.

The most recent update is on April 1st, 2020, the DHS portal started accepting Medical Dispensaries. The requirements are as follows:

Arizona’s Medical Marijuana Resource page is here, and the most recent details on the application can be seen at Arizona Admin Code 9-17-304

How much does it cost to open a dispensary in Arizona? Aside from the startup costs associated with opening a dispensary, there are state financial requirements and fees to get your doors open. They are as follows:

Renewal fee costs are as follows:

Additional fees are in the following cases:

As stated earlier, as of November 3rd, 2020, the state of Arizona voted and successfully passed Prop 207. Because the proposition passed, there will be a series of actions taken to form requirements, costs, and steps one has to take to open a recreational dispensary in Arizona.

Here’s what we know so far.

The election results will become certified on November 30th. On this day:

The Secretary of State Katie Hobbs must next certify the results. If all goes according to plan, the proposition requires the Department of Health Services (DHS) to start accepting applications by January 2021. Licenses will be issued to those qualified by March 2021 (60 days). It is very likely dispensary doors will be able to open by April 2021.

Due to what has been a landmark year, many new events are unfolding that will dictate when and what recreational legalization will look like for Cannabis in Arizona. By adding yourself to our Arizona Cannabis Mailing List (below), we will keep you updated on how to open a dispensary in Arizona and all relevant AZ news that matters, not so easy to find news, and commentary based on Arizona’s cannabis legalization below.

Just fill out the information below to get access.

How To Open A Dispensary In Minnesota (2023)

How To Open A Dispensary In Minnesota (2023) Are you looking for information on how to open a cannabis dispensary in Minnesota? This page will keep you up to date